skip to main | skip to sidebar

HIS NAME:  My real name is Nick Murphy, and there is another artist with that name in Australia; he [already] has had a whole bunch of albums out. I started out playing under my own name, but people would come to my gig and be like, "Hey, who the hell is this?" [laughs] I listened to a lot of jazz and I was a big fan of Chet Baker and the way he sang, when he moved into mainstream singing. He had this really fragile vocal style—this really, broken, close-up and intimate style. The name is kind of just an ode to Chet Baker and the mood of music he used to play—something I would like to at least attempt to play homage to in my own music.

WHEN MOTOWN MEETS MINIMALIST HOUSE MUSIC: I was lucky, my parents had really different tastes in music. My mum was listening to a lot of Motown. I think the most played record in our house was the Big Chill Soundtrack—so Smokey Robinson, Aretha Franklin, the Temptations, Otis Redding. I think that's where I got my love for a good hook, a good soul hook—really smooth and warm and from the heart. And then my dad would listen to the chilled out Ibiza CDs; all that super down tempo female vocal kind of stuff. It's like my parents' musical tastes are the mother and father of my music. [laughs] It's their fault for making me so emotional and in tune with my emotions!

ON COVERING "NO DIGGITY": It was sort of a whim decision. I was staying up late one night [and] I'd heard "No Diggity"  [by Blackstreet] out that night before I got home, so it was kind of stuck in my head. I just threw it on to the track and it fit really well. It was sort of serendipitous; I didn't plan on it. That was the second song I ever did as "Chet Faker" and it was the first song I ever put online. A lot happened in a short period of time. We definitely had a crack at some other covers—I don't have any problems with doing any covers—but I think with the name Chet Faker, if I do a whole lot of covers, people will start thinking I'm a cover act.

ON BECOMING AN INTERNET SENSATION: One girl emailed me and was like, "Can I blog your song? Can you send me the song?" [but] she was the only person I gave the "No Diggity" MP3 to. I never gave it to anyone else; it wasn't available for download anywhere. I was at university in Australia and my younger brother called me up and said, " Hey man your song is number one on the Hype Machine. It's above Bon Iver's new song!" So I got home and checked it out and it was actually there. That's how I figured out [that people were listening to me song]. From that one blog it went around the whole world, it's crazy.

HIS FIRST FESTIVAL:  I guess SXSW is my first festival ever. Wow, I didn't realize that! I think I was more nervous before I came over to the U.S. It's sort of  [like] when you are nervous before a race starts, but then as soon as it starts you are no longer nervous; you're just focusing on it. I feel like the race has started now. Am I the sort of person who throws up after the race is over? Oh no, never! I used to run races—I ran state back in Australia—and I reckon I've thrown up twice. Steel guts. [laughs]

MUSIC AS A CAREER: I studied audio engineering at university. The background I am from, music was never seen as a viable career, it was always a hobby. I tried so many different things [but] I just kept dropping out of courses. When I was 21 or 22 I realized I was never going to be something else, I had to be a musician. I can't commit to anything unless I love it. My parents are pretty excited about it—my dad was harder to win over, he is a businessman, but coming over to America to play shows was big deal to him, so they are pretty supportive now.

CHILL-OUT SONG OF CHOICE: I think "Re: Stacks" by Bon Iver is one of the best songs ever written.

PUMP-UP SONG OF CHOICE: My music is so slow, I don't usually get myself pumped up. Is Massive Attack's "Teardrop" a bad pump-up song? I'll go with that one.

AUSTRALIAN VS. AMERICAN CROWDS: Australian crowds are much tougher to play for; I think Americans are a lot more supportive. That sounds bad but in Australia, because [music] is such a small industry, people are afraid to do something that might not work out. It's harder to get opportunities in Australia because if you do one bad thing, you will be known for it. In America I think people are always looking to the next thing, they'll try anything and if it doesn't work it's cool, they'll just do something again. There is no stigma of failure.

HIS LAST FANCY-DRESS COSTUME: My last costume was a Japanese whaler—the captain of a Japanese ship. I think the theme was "inappropriate." [laughs]

GOALS FOR THE FUTURE: I've smashed any of the goals I've ever set so far... I only got this band together six months ago, so tomorrow will be my eighth gig ever as Chet Faker. It's been a crazy year. 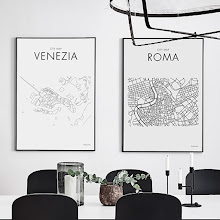